Another free story, and this one’s about a haunted house. I won’t say more than that, in case I give the ending away. The story’s called First‌…‌And Last, and you can read it here.

I’d love to hear your thoughts on this, or any of the other storie I’ve written (and you can find the full list of 1000-word shorts here).

Shadowfall (Shadows Book One) is free on Amazon until Monday. 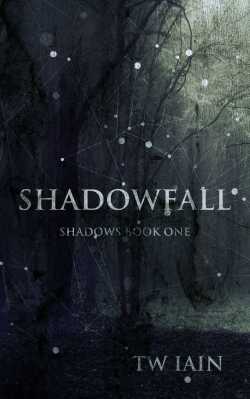 The company enhanced Brice. They promised him action and adventure. But he’s stuck on a malfunctioning craft, with a crew who treat him like a child. He’s miles from home, in the worst storm of the season, and night is falling.

And in the shadows the creatures wait, their hunger growing.

The company prepared Brice for many things, but nothing can prepare him for what he must face when the shadows fall.

Over 2018, I took part in the Goodreads reading challenge, setting myself a target of 50 books the year. As I generally get through one or two books a week, I knew this was easily achievable, and I ended up with 83 completed books by the end of December.

But what does that mean?

Looking back at the list, most of the titles are just names of books. I can’t recall what happened in many of the stories, and I only have a vague idea of my thoughts on them. Yes, some stick in my mind‌—‌I enjoyed Joe Abercrombie’s First Law trilogy, and I’m still impressed at how Barry Hutchison can produce such entertaining and well-written Space Team books at such a fast rate. Andy Weir’s Artemis was good (and, more importantly, was definitely different to The Martian, proving that his first book wasn’t a fluke), and I loved China Mieville’s Perdido Street Station, both for the writing and the world-building. Way back at the start of the year I read Marcus Sakey’s Afterlife, and I recall being pleasantly surprised at the twists and turns in the story.

But the rest? Recollections of enjoying some, and maybe a few vague ideas regarding the actual stories, but generally not much else.

Of course, I don’t expect to remember everything I read, but I started thinking back to how I chose these books. Some were titles I specifically wanted to read (and this includes all the ones I’ve mentioned above), but for the others, I believe two factors were at the front of my mind, both influenced by this reading challenge. I chose many of the books over 2018 based on length and complexity. If I was vying between a few titles, I’d automatically lean toward shorter books as well as those that appeared easier. 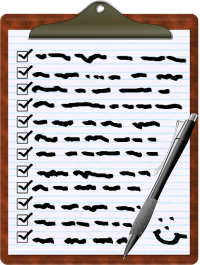 See, I chose books primarily because I wanted to complete the challenge, and it’s easier to read more books if they are shorter and not too taxing. I veered toward light reads that would only take a couple of days.

Of course, there’s nothing wrong with these types of books‌—‌reading fiction is primarily about entertainment, and I use it as a way of relaxing, so short periods of escapism are fine.

But a diet of only popcorn isn’t good. In between the lighter reads I should have been diving into more demanding works (like Perdido Street Station). As a writer, I should have used some of my reading to stretch my understanding of story and writing. As someone who reads, I should have sunk into at least a few texts that forced me to concentrate to a higher degree.

A number of years ago I told myself that I would read all of Honore de Balzac’s La Comedie Humaine (not in the original French, I hasten to add). This is a collection of about ninety titles, ranging from short stories to 500-page novels, and one thing I’ve found from the ones I’ve read is that the writing is dense. Paragraphs can stretch over many pages, and descriptions can be very detailed. There is a huge cast of characters who reappear in different titles, so keeping track of everyone is a challenge. They’re not easy reading.

I’m about a quarter of the way through, and I’ve found something to enjoy in each story. But I haven’t read any Balzac for a couple of years now. Especially over 2018, I’ve been distracted by shorter, lighter books.

This needs to change.

I have a growing list of other books I want to read, and other authors who I want to explore. There’s Brandon Sanderson’s long books (I was very impressed with the first Mistborn book, and promised myself I’d read more), and more by Joe Abercrombie. I have a number of Peter F Hamilton books on my Kindle. A few years ago I downloaded tons of out-of-copyright classics, and there are many of these that I feel I should read, including Jane Austen (I tried once, but never got more than a few pages in.)

So, for 2019, I have a new reading challenge. Yes, I’m still going to read light, fun stuff (I’ve started the year with Ben Aabronovitch and Mark Dawson‌—‌both fine writers who produce great escapism for the reader), but I’m also going to push myself. I’m not going to treat books as a tick-list to get through. I’m going to give myself the time each book deserves.

I’ve still set a Goodreads challenge, though (again for fifty books), but I’ve done this as a means of keeping track of what I’ve read. I could use a simple list or spreadsheet, but Goodreads displays the covers of books I’ve read, which makes looking back far easier.

I’m confident I’ll reach fifty books again, but this year it will include a wider range. This year, I’m going to read like I mean it.

My first short story of 2019 is Boxed In. I’m not going to say too much about it, except to say that you can read it here. 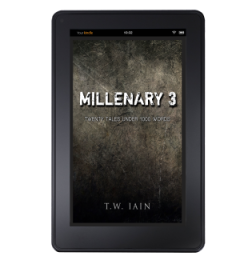 And, as this is story number sixty one, I have another collection available. Millenary 3 contains the previous twenty shorts, all under a thousand words, bundled into a handy e-book (mobi, epub and pdf). You can download Millenary 3 for free here (and if you’ve missed the others, you can still get Millenary and Millenary 2 from this page). 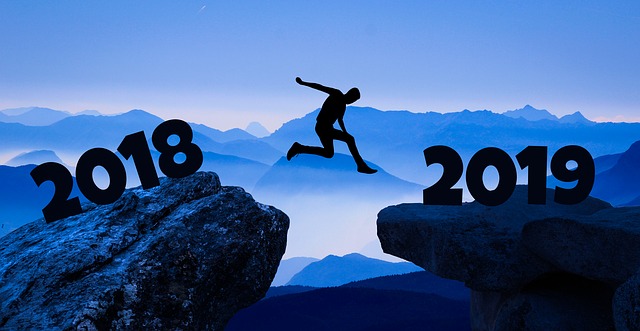 After falling short of my goals for 2018 (see this post for details), I’m almost wary of setting any for this year. But without goals, it’s easy to let things slip, so here are the things I hope to achieve over 2019.

I should have the new version of Dark Glass out by the end of February, and then I can start marketing the whole series. I intend to run Amazon Ads (to drive sales on Amazon, obviously), Bookbub (to target other retailers, like Kobo and iBooks) and Facebook (to encourage mailing list sign-ups). Obviously, with Dark Glass being a permafree title, I’ll have to monitor read-through closely to calculate how effective the ads are.

I also plan to release a box-set of the first three Dominions novels, and use ads for this too. If the writing of the next Dominions books goes to plan, the box-set will probably come out over the summer.

I’ve always viewed Dominions as a series of trilogies. The first followed Rodin’s journey of self-discovery, but dropped hints about a larger story involving the Domes and Authority. The next trilogy (which started with Riled Dogs (Dominions IV)) is wider in scope, following more characters as plans slowly unfold.

I’m pulling ideas together at the moment (and re-reading all the Dominions books has helped here), and I aim to release Dominions V and Dominions VI, along with another short story, around summer/autumn time.

I’m getting new covers done over the summer, and I’ll pull these books from Kindle Unlimited before this so that I can do a re-release/re-brand while going wide (running ads, reducing the price of the first book for a limited period, and so on). Out of all my books released so far, I feel this series has the strongest writing and tightest storytelling, so I want to give Shadows a big push.

When I first put out my ebooks, there was so much to learn, so much to take on board, that I pushed paperbacks to one side. But this year, I intend to put out physical copied of as many books as I can. I’ve been learning about paperback formatting‌—‌even if I eventually hire someone to do this, it’s still important to know the basics. I’m getting new Shadows covers (including for paperback). And for Dominions, I’ll investigate Draft-2-Digital’s paperback service, which apparently can extrapolate a paperback cover from the e-book version.

I’ve recently purchased Dragon Naturally Speaking, and I fully intend to be dictating most of my fiction by the end of the year. There are a few reasons for this.

This will only be for first drafting, though‌—‌I’ll still use the laptop for editing. But the decreased time for producing that draft will still make the whole process faster.

I’m constantly getting new ideas, and I have a couple that could be developed into a new series. If things go well over the first half of the year, I’d like to start serious work on this new series toward the end of 2019.

So, five goals for 2019. Of course, I intend to add content to this website every week (alternating posts and short stories), I still want to develop my writing, and there is always more to learn about marketing and the business side of independent publishing.

Things will surely happen to disrupt these plans, but I’ll keep you posted on what’s happening, and I’ll give you a summary in about twelve months.