A few weeks ago, I wrote about a couple of the things that annoyed me in books, and how I’d since discovered that one of these things (the use of the word ‘decimate’ as an alternative to ‘annihilate’) was now, according to every online dictionary I found, not in fact an error.

Today, I’m going to look at another of my pet peeves, and this is another one that I’ve been forced to rethink.

This ‘problem’ shows itself in a sentence like ‘he was one of those people that couldn’t abide poor word-choice.’ Some of you will probably read that and think ‘problem, what problem? Makes total sense.’ But to me, the use of the word ‘that’ rankles.

‘That’ indicates an object‌—‌‘the building that collapsed in the storm’, ‘the car that was rusting on the driveway.’ If the ‘object’ is a person, I’d replace ‘that’ with ‘who’‌—‌‘he who laughs last, laughs longest’, ‘The Man Who Knew Too Much’.

If we use ‘that’ to refer to a person, they become an object, and to me this feels wrong. Every time I come across a sentence like this I find myself angrily replacing ‘that’ with ‘who’ in my mind, and it drags me out of the story. I tell myself that a good editor should have spotted this. Sometimes it occurs in otherwise well written books, and I can’t fathom how this error slipped through the editing and proofreading. 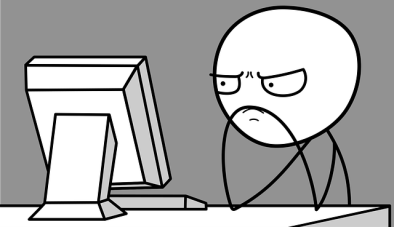 But recently I came across something on Twitter that threw some light on this. It showed me that the ‘error’ I’m seeing is not an error to everyone. I only see it as a problem because of my background.

I’m British. It’s all down to my parents. And their parents. We’re British going back quite a few generations. And so I’ve learnt to speak (and read and write) UK English. To me it’s simply English, but I have to set up my computer to work in UK English, so I suppose that is what I need to call the language I use.

This is different from American English. We all know this. But one thing I didn’t know, until recently (thank you Twitter) is that in America, the use of ‘that’ when referring to people is acceptable. So if you’re an American reading this, and you’ve been wondering what the problem is, now you know. I’m British.

That could explain a lot.

However, I don’t think everyone (on either side of the pond‌—‌which is a stupid word to use to describe an ocean like the Atlantic) realises this. Some books get slammed in reviews for their spelling, but it is all down to these differences. Color and colour, flavor and flavour.

I came across a great way of describing this, in a note at the start of a book by Issy Brooke. It simply said ‘This book is written in British English. It’s like US English but with more vowels.’ If my own books had a lighter tone, I’d steal this line.

But it’s not only the individual words that are different. Mention fanny packs over here in the UK, and there’s a good chance you’ll be met with a blush or a giggle, because to us the word ‘fanny’ has a very different meaning than it does in America. Then there’s what we put in our cars. Over here, we use petrol or diesel, which are liquids, but over in America these liquids are called gas. And over here, we wear our pants next to our skin, not on show for everyone to see. Maybe Krypton studied Britain, so when Superman landed in America he misunderstood their dressing instructions.

The English language has spread far and wide, and wherever it has been adopted as the main language it has also been adapted. From what I understand, there are differences in the way the language is used in Australian and New Zealand, and there are also Indian versions of English. And even in the UK, it is constantly evolving. There are regional variations, and each generation claims its own variations (which is why ‘sick’ can be good, like ‘wicked’).

I try not to let this bother me. On the whole, I don’t care if someone is talking to their ‘mum’ or their ‘mom’ (of even their ‘mam’). I know that a lift is an elevator, and a boot is a trunk. And now that I know about the whole who/that thing, I’ll put this in the same category of ‘things that aren’t correct according to what I was taught, but that’s my problem, not the writer’s.’

And I like the fact that I have only just learnt that I’ve been wrong, because it reminds me that there are likely to be other things I don’t know. I’ve been learning this language for the whole of my life, and I still don’t know everything. Each new thing I read teaches me something more about words.

The next time I come across something that annoys me in a book, it will drag me out of the story. There’s no avoiding that. But rather than getting annoyed, I should take a moment to question where the error lies‌—‌with the author, or with myself. Or maybe it isn’t an error, just a different way of using the language.

After all, how dull would it be if everyone used this thing called the English language in the same way?