Developments in technology offer new ways of working, new ways of doing things. But often, these developments take time to become mainstream. Think of electric cars‌—‌Clive Sinclair’s C5 was widely derided, and failed commercially, but it arguably paved the way for the electric and hybrid vehicles that are becoming increasingly common now. 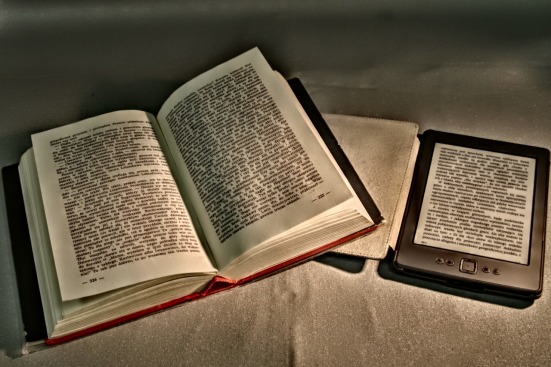 Digital books, too, didn’t become mainstream instantly. Back before smart phones and laptops, ebooks were pdf files, and many people simply didn’t want to read whole books on a bulky computer screen. But new formats were developed, chiefly epub and mobi, and new devices appeared. When Amazon released Kindle, e-reading really took off. Now, with so many people owning smart-phones, ebooks can be downloaded and read through apps, and reading large amounts of text on screens has become relatively normal. And with the rise in popularity of audiobooks, another shift is occurring in the way people read (consume) books.

With the changes in technology, and the altering marketplace for ebooks, now companies are constantly appearing. Some of them carve out their own space (either geographically, like Kobo in Canada and Tolino in Germany, or through niche markets, like Overdrive with libraries), while others are either bought out (like Createspace) or simply disappear (and there have long been predictions that this will be the fate of Nook/Barnes & Noble).

One new name I’ve recently become aware of is Bubblin, and they’re aiming to provide a different reading experience. Describing themselves as both ‘an online cafe for books’ and ‘Bandcamp of books, comics and magazines’, Bubblin is entirely web-based. Instead of downloading books and using an app or dedicated e-reader, readers using Bubblin simply click on a book and it appears in their web browser.

Bubblin doesn’t use epub or mobi, but has its own formatting system‌‌—‌and this is fixed-layout. This means that, rather than allowing the reader to adjust the text (size, colour, font and so on), what appears on the screen is very much like a physical book, with the text and images fixed in place (in many ways this is similar to pdf files).

Initially, I thought this was a mistake. Isn’t one of the major benefits of e-books the ability to control the appearance of text to suit individual preferences and needs? Why would a company return to fixed-layout formatting?

Then I remembered the ‘Bandcamp of books, comics and magazines’ line, and I understood.

There are many examples of written material that requires pages to look a certain way. Think of the layout of magazine pages, or the way frames in comics can be of different sizes, often with images and text breaking out of the boxes. Then there are text books that rely on images and charts to convey information. 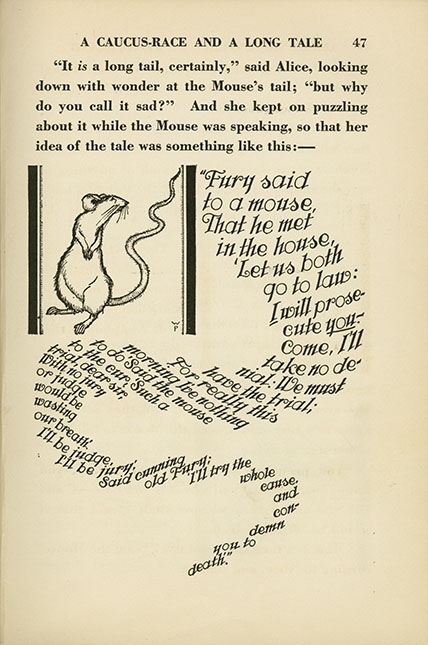 And even with standard text books, there are times when fixed-layout formatting is important. Having pages that look like fascimiles of newspapers can add to the reading experience (as in John Fowles’ The Magus). Irvine Welsh’s Filth has some of the text obliterating other parts as a way of conveying how the main character is being ‘taken over’ by something inside. Poetry, too, often conveys information in the placing of words on the page (such as Lewis Carroll’s The Mouse’s Tale from Alice’s Adventures In Wonderland.) While words convey a lot of information, text positioning can add another subtle layer, and this can easily be lost in the usual flexible ebook formatting.

The web-based nature of Bubblin gives another advantage‌—‌as their formatting system is based around CSS and Java (I think), it is possible to include other media within books. Images can be animated, and videos can play on pages. I believe the books can incorporate audio too‌—‌which immediately makes me consider the possibility of read-along audiobooks.

However, using a totally web-based system brought a question to my mind‌—‌are people willing to read full books in web browsers? Personally, I’m fine with my Kindle.

But over the last year I’ve started using e-reader apps on my mobile more often. And a decade or so ago I wouldn’t have imagined reading a whole novel on any kind of screen. Even when I first got an e-reader (an old Sony thing), I thought I’d use it only for freely downloadable classics while still reading physical copies of more recent books. But now, I’ve gone fully electric in my reading.

People’s preferences and habits change over time. TV shows and films are commonly streamed now, as is music, so why not books? As mobiles increasingly become the go-to devices for digital media, web-based reading starts to make a lot of sense sense.

And I’ve decided that when I finish the book I’m reading at the moment, I’m going to try a whole novel through Bubblin. 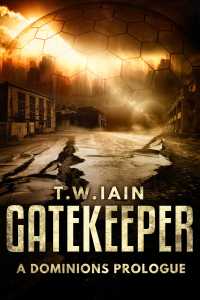 I’m also giving Bubblin a try as a writer. The process of formatting books for them is (for someone with limited coding knowledge) fairly complex, but there’s a good chance this will become easier over time. After all, formatting epubs continues to grow easier, with tools like Vellum and Draft-2-Digital’s conversion service.

I managed to format my Dominions prologue, Gatekeeper, though‌—‌and you can have a look at it by clicking here. Creating this book involved a fair amount of back-and-forth with Bubblin, and I have to say that they’re very receptive to feedback, and are constantly tweaking things to improve the whole user experience.

Will Bubblin prove popular enough with readers? I hope so, because any competition to the big players in the ebook market has to be good, and Bubblin are offering something different.

Have a look for yourself‌—‌pop over to bubblin.io and browse a few books (there’s no sign-up or registration, and at the moment the vast majority of books are free). If you want to take a look at my Gatekeeper, click here. And if you have any thoughts on Bubblin, I’m pretty sure they’d love to hear your feedback.