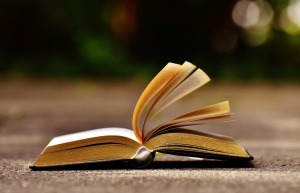 We are always looking for something new.

Visit just about any bookstore, and you will be confronted by shelves and displays of new books, by big-name or debut authors. Even on the digital bookstores, there are ‘new and noteworthy’ banners.

Sometimes, the new titles take us by surprise‌—‌we see a book that catches our eye, even though we were not previously aware of it. At other times, we eagerly await the new release from a favourite author. Just think how long fans have been anticipating the new George RR Martin title. Think back to the queues at bookstores in the middle of the night when the newest Harry Potter book was released.

But what does ‘new’ really mean?

The same could be said for many books. I wasn’t born when Tolkien’s Lord Of The Rings was published, but when I read it as a teenager, the book was new to me. And somewhere, someone else is experiencing Tolkien’s book for the first time. Elsewhere, another reader is discovering Isaac Asimov or Robert Heinlein. Someone has just picked up their newly-acquired copy of Mary Shelley’s Frankenstein. Another reader has now reached the end of Tolstoy’s War And Peace, and someone else is looking with interest at a writer they have not yet tried called Jules Verne.

Books written over a hundred years ago, yet they are still being discovered today. Old book, but also new. And now, we have access to so many more old books that can be new to us.

A bit of history that will probably already be known to you: 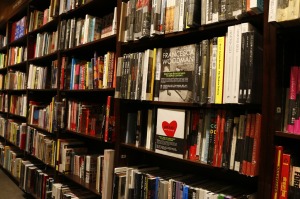 Before e-books took off, the main way of getting a new book (new to you as a reader, not a new release) was to visit a bricks-and-mortar store. And these stores wanted to stock what was more likely to sell, so of course they pushed ‘new releases’. They also stocked back-catalogue titles from big-name authors, and a selection of ‘classics’, but it was the new releases that they focused on.

Of course, not every new release sold well. Many titles had their few weeks being touted as the next must-read before all the unsold copies were returned to the publisher. Some of these turned up in ‘remainder’ stores, and some copies found their way into second-hand stores, but many were pulped.

And they still are. In the high-street physical books game, new release periods are vitally important. A book that doesn’t ‘make it’ in those first couple of weeks has failed.

But it’s different on e-book stores. There is no limited shelf space, and these stores can happily stock millions of titles. They use search engine AI to show titles that might be of interest, so the potential reader doesn’t have to walk up and down shelving.

And that changes things. Now, an old title can become ‘new’ for a second, or even third time.

This happened with Hugh Howey’s Wool series. It became one of those overnight-success novels, even though it had started as a fairly low-key short story, and had grown over time. Andy Weir managed something similar with The Martian‌—‌a story serialised on his web-site, then an independently-published e-book, it only started getting a large audience when he released the audio book. It got noticed by people involved in the film industry, and suddenly it was a big-budget film based on a ‘new’ book by a debut author.

And, of course, it was a new book to everyone who had not yet read it.