For me, book stores pose a dilemma.

I love e-books‌—‌the compactness of the devices, the wide range of titles available, the ease with which I can access a whole library of books. I find them easier to read than physical books. Some people say e-books signal ‘the end of books’, but my experience is far different‌—‌since getting my first e-reader (an old Sony thing), I’ve read more and more, discovered loads of new authors, and caught up on classics that I’ve been meaning to read for years.

And I still like bookstores. There’s something special about those places, especially the quirky independent ones. There’s an atmosphere to a good bookstore that you simply don’t get anywhere else. I’ll go into a bookstore simply to relax by browsing the shelves.

But I don’t buy books in these stores, because I buy e-books. I can’t recall the last time I even read a physical book.

Bookstores are disappearing, and it’s behaviours like mine that are part of the problem. Through the way I shop, I’m destroying something special.

It’s not me alone, obviously. It’s all of us who buy digital, or who order physical books online.

So is this the end of bookstores? 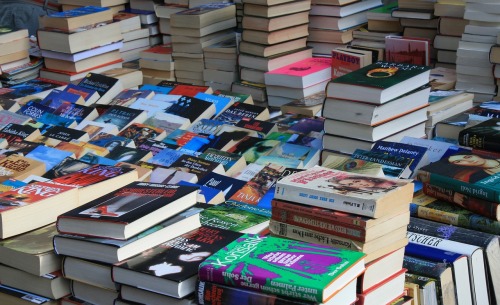 Long-term, this is a possibility. Already, some big-name stores have disappeared from our streets, and others are struggling. Yet some still persist, and are even flourishing. There are stores that have found cracks in the on-line onslaught.

How do they do this? In the post-Amazon shopping environment, how can bookstores survive?

They can’t compete on price. Yes, they can run offers, but they don’t have the margins Amazon have. They can’t afford to be as aggressive with loss leaders. And they can’t stock as many titles as Amazon‌—‌they are limited by their size, whereas Amazon has huge warehouses and (for e-books) seemingly endless storage.

But bookstores can compete on specific stock.

When I was a teenager, my home town had a place called the Castle Bookshop. It was only a small place, but I much preferred it to WH Smiths just down the street. It didn’t have as many books, but it did have a large selection of sci-fi, fantasy and horror. It didn’t push as many of the big-name chart books, but it had the books that I was interested in.

The atmosphere was different, too. In WH Smiths, I always felt that the staff were ‘just doing their jobs’. They weren’t grumpy, or mean, or particularly unhelpful. I’m sure many of them were readers. But the guy who ran the Castle came across as a real book fan. I could picture him enjoying days when he only had a few customers, because that would give him the opportunity to get some serious reading done. And if he offered advice on what book a particular customer might enjoy, it would be a personal recommendation, rather than a suggestion based on what was selling well.

Something else I remember about that place‌—‌they had their own bookmarks. They were only coloured card, with the store’s name and logo, and a few other details (address and phone number only‌—‌this was pre-internet, after all.) If you bought a few books, or if he liked the look of you, or for whatever other reason, the man behind the counter would slip one of these bookmarks into whatever you were buying. Yes, it was a way of advertising his place, a way of enticing the reader/shopper back in. But it was also something unique, something special.

I had a collection of these bookmarks, and I’d always use them. On the few occasions when I had to use something else as a bookmark, things would feel off.

Thinking back to this place makes me feel good. It’s not so much the books themselves, but the atmosphere and the experience.

And that is another area where small, independent bookstores, can make their stand. Buying online is easy and convenient, but it is not personal. Even though companies like Amazon use all kinds of algorithms to push the products they believe we will like, based on our previous behaviour (and whatever other data they have), it still feels impersonal. Even if the recommendations are curated by a real person, the connection just isn’t the same.

There are many bookstores already carving out their niches, across the world. There are ones that include cafes and restaurants (in a far more integrated way than some big-name stores, where it always feels like the cafe franchise was simply renting space inside the bookstore). The Spotty Dog Books & Ale goes further, combining a bookstore with a bar, where you can browse with a beer. There’s The Book Barge, a narrowboat that travels canals selling books. There’s The Ripped Bodice, a Californian store that specialises in romance books. There’s La Libreira del Mare  in Milan, Italy, where all the books are about the sea (the name translates as ‘The Sea Library.) There are stores in old churches, in out-of-the way corners of cities, in the middle of nowhere. There are bookstores for food-lovers, sci-fi and fantasy fans, and mystery readers. In fact, whatever type of book you prefer, there’s probably an ideal store for you somewhere.

These stores all complete with the likes of Amazon, not by trying to be better, but by being different. They know their potential customers, and they give them exactly what they want. And the people who run these places do so, I am certain, because they wanted bookstores like these, but couldn’t find them. They are bibliophiles above everything else, just like their customers.