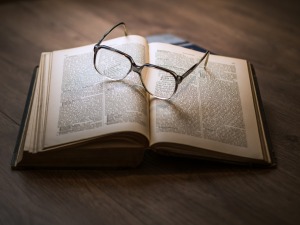 I had a good friend who studied English at A-level. I was a little envious of that, until he told me that it pretty much put him off reading for pleasure. Whenever he read, he’d start analysing the sentences, and searching the subtext. He’d find himself comparing that book to others. Reading became an exercise, one that he no longer wanted to do. He said it took him years before he could pick up a book and simply enjoy it.

Of course, there’s nothing wrong with analysing and studying literature. But reading, at least reading fiction, is primarily a leisure activity. It should be fun, even while being scary or confusing or thought-provoking. It should be a pleasurable experience. Reading fiction should not be a chore.

I understood what my friend meant, at least in theory. But now, I’m starting to appreciate what he meant on a different level.

I’ve been writing seriously for a while now, and I’m constantly working to improve my craft. Obviously, that involves lots of writing, but reading is important too. There are all the ‘how to’ books, but becoming a critical reader of fiction is also extremely helpful.

I don’t use ‘critical’ in a negative way here, although there are increasingly times when I spot ‘mistakes’ in books I read, and find myself thinking of ways to improve the writing. Learning from the ‘mistakes’ of others is always useful, but learning how to do things ‘right’ is equally important. I’ll read a passage, then re-read it in an attempt to figure out how the author was using language.

I’ll give you an example from something I’ve read recently‌‌—‌The Tomorrow Gene by Sean Platt and Johnny B Truant. It’s another of their ‘big idea speculative thriller’ books. They always push the envelope with their books, and it’s been interesting to watch their development as writers.

The main character in this book is called Ephraim. It’s not a name I’m familiar with, and I’d imagine there are many others who are unsure how to pronounce it. The authors must have been aware of this potential difficulty, and so they include these lines of dialogue in an early scene:

“How do you prefer to be addressed? As Mr. Todd? Or as‌…” She peeked again at the tablet. “Eff-ryum?”
“It’s pronounced EEE-frum.” Then, unnecessarily, “It’s biblical.”

I read that, and had to stop. It impressed me. It’s a great way of telling the reader how to pronounce the name. It’s providing information through dialogue, in a way that feel natural and unforced. Even the added ‘it’s biblical’ comment isn’t random‌‌‌—‌‌it tells us that Ephraim has been asked about his strange name so often that explaining it becomes automatic. We gain insight into the character while being told, subtly, how to pronounce a tricky word.

If I wasn’t interested in writing, I doubt I would have dwelt on this. I might have realised what was happening, but it would have been a passing moment. I doubt the lines would have impressed me in quite the same way, and I’m pretty sure they wouldn’t have pulled me out of the story.

Johnny and Sean intended their craft to be invisible, and for the reader to remain in the story, but I had totally the opposite reaction.

This isn’t the first time I’ve experienced something like this. I can recall, years ago, watching the third Nightmare On Elm Street film in a cinema. There is one scene where one character has tendons pulled from their hands and feet, turning them into a puppet. When this came on screen, there were definite sounds of discomfort around me, but I can clearly remember thinking ‘how did they do that and make it look so good?’

I used to watch a lot of DVDs (remember them?), and if I had the choice, I’d always go for the ‘special edition’ with all the behind-the-scenes footage and ‘making of’ features. I’d re-watch the film, maybe with the director’s commentary, and I’d find so many little things I hadn’t noticed first time round. Knowing how a particular sequence was created, and the camera tricks it used, added another layer to my enjoyment of the film.

Maybe there’s always been a part of me that is interested in what is happening behind the camera, or beneath the page. Maybe that’s why I found Stephen King’s Danse Macabre so interesting, and can still recall his explanation of how he slows the pace just before a scary moment in his books. And maybe that’s why being an avid reader has not been enough, and I have to write.

As I learn more about the craft of writing, I spot more and more examples (both good and bad) in books. In some ways, this means that I have lost a certain innocence in reading‌‌—‌I can’t experience the thrill of the story in quite the same way as someone who is able to read purely for pleasure. But it does not meant that reading is no longer enjoyable for me. I simply come to the story from a different angle, and see different things in the writing. Not better or worse, but simply different. 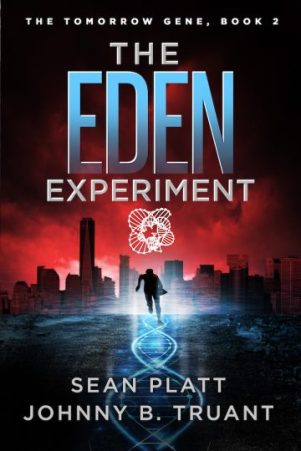 But back to The Tomorrow Gene. The authors run an occasional podcast, called Backstory, where they go behind the writing of one of their books (and they refer to these are their ‘DVD extras’, so it’s no surprise that they interest me). They posted one recently that talked about the whole Tomorrow Gene trilogy, even though they’d only released the first book. I believe they did this by accident, because a few days later they’d taken this podcast down‌—‌but I’d already downloaded it, so I gave it a listen.

Maybe I shouldn’t have done so, because they discuss certain plot twists that occur in the second and third books. But I’ve listened to it now, and I can’t un-listen (although the books deal with mind and memory manipulation, so maybe one day…)

I’ve since read The Eden Project, the second book, and I found it better than the first. Yes, I felt like I knew more than I should have done, but it was still a great read, and I’m looking forward to the release of the third book. Knowing what’s coming hasn’t spoilt the books for me. If anything, I’m looking forward to finding out how the authors build up to, and then reveal, their big surprises.

So does writing spoil reading?

No. It adds another layer of understanding, and another angle of approach. It opens up more levels of appreciation.

As someone who is writing more and more, reading is now both a learning experience and a leisure activity. Depending on the book, I now have more scope for immersing myself in the writing.