It’s interesting how different arts view the development of talent. In the visual arts, it is common for a painter’s early years to be regarded as training, or as an apprenticeship period. It is often later works that are more highly valued. Then there are actors who mature with age, performing with more gravitas and filling larger roles. The ones who relied on their looks fall by the wayside, but the ones who worked at their craft and developed their acting skills earn increasing respect.

Music is a little different. In some circles (’art’ music as opposed to ‘popular’ music, if you care for such distinctions), it is expected that a musician will improve with age. But in more popular circles, the instant impact is all-important. A band who do not have a massive hit with their first song are deemed failures, and it is common for record companies to drop bands if their debut does not live up to a certain sales-related standard. Sometimes, only breaking the top ten, rather than reaching number one, is seen as a failure.

It was not always this way, though. Fifty years ago, record companies were more likely to see a new signing as an investment. The first couple of albums might not be that successful, but they lay the groundwork for the third and fourth. If these more mature works didn’t catch the public’s attention, only then were the bands let go.

Then we have books. There are so many examples of the authors who appeared to explode with a debut success, but struggled to find similar success with subsequent books. Think of Alex Garland‌—‍his debut, The Beach, was a popular hit, but how many people have read, or even heard of, The Tesseract (or The Coma)? Then there’s someone like Joseph Heller, who was never able to match the commercial success of Catch 22 (and even used his experiences of this as the basis for one of his later books, Portrait Of An Artist As An Old Man).

But viewed logically this makes no sense at all. Writing is a skill, and it takes time and practice to develop it. Surely, the more someone writes, and the more intention they place on improving their craft, the better their writing will be. It seems evident that later books should be far superior to earlier ones. 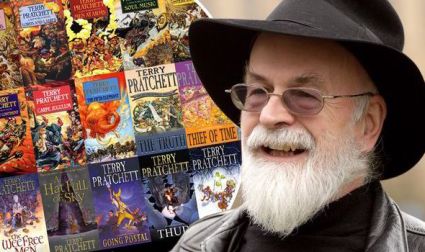 Yet it seems that publishing companies are still searching for that impressive debut. They are still after the runaway success by the unknown author. It takes time and, more importantly, money to nurture a talent, so it makes far more business sense to have a success from the very start. When the public are always after novelty (while also looking for familiarity, but that’s a whole other issue), ‘another’ book by a mediocre author doesn’t stand a chance of being noticed.

As a side-note, I’m not placing blame on the publishers. They are in business, and they are doing what they need to do in order to survive. As much as they care about the artistic side of books, the bottom line will always be profit.

Maybe this puts too much pressure on the successful debut author, thrust into this strange world of being touted as a genius, even if the advance has already been spent, and the endless promotion gives little time for working on the next book. Maybe that is, at least in part, why so many struggle with the second book, and the third. Maybe too many are finding it impossible to reach the heights others have elevated them to.

But in independent publishing the story is different.

The debut as a starting point

I read loads of books by independently published authors now (and it is not always clear from the writing‌—‍I have read excellent books that authors have published themselves, as well as clunkers published by the big houses), and it has been interesting to see how some authors have developed over the years. I’ve read many of the Sean Platt/Johnny B Truant books, and there’s such a clear improvement in their writing. Unicorn Western is great fun, but the character interplay in last year’s Devil May Care is writing of a far higher standard.

Another example is Mark Dawson. A well-known name in independent publishing due to his marketing strategies, he has been writing thrillers for years, and did in fact start off in traditional publishing. I’ve read quite a few of his books over the last few years. I got some of his earlier ones for free, and although the stories rattled along at a good pace, I didn’t initially think they were anything special. Not bad, but not excellent either.

Then I went to his more recent Beatrix Rose books, and it felt like his writing had stepped up a level. There was more depth to the characters, and Beatrix’ personal journey was well integrated into the external plot. The writing itself was smoother‌—‍those odd passages that sounded clunky had now disappeared. Now, I’m eager to read more.

I wonder if Mark Dawson would have reached this level of writing if he hadn’t gone the independent-publishing route. I can’t help thinking he’d be spending his time querying agents and editors, and building up a string of rejection letters, rather than working on his writing. I don’t know how long his earlier books took him to write, but it’s probably a fair assumption that, now that he has total control over his career, he is able to finish books far quicker. If one book isn’t as good as he might like (although I’m sure each book is the best he can make it at the time), there will still be readers who will enjoy it. Some might pick up on ‘poor writing’, but many more will simply enjoy the story, and be contacting Mark to ask when the next book will be out. And he’ll be working on that next book, using what he has learnt to make sure the new work is better than what he’s produced before.

And this, maybe, is how it should be. Yes, there will be those outliers who produce a near-perfect debut, and struggle to reach that height again. But for most authors, writing is a constant process of learning. However successful (whatever that means) those first few books are, the later ones should naturally be an improvement.

This is something I need to keep in mind for my own writing.

Recently I formatted a PDF version of my first Dominions novel, and I was almost embarrassed by some of the sentences I saw. I had to stop myself from going through it line by line, because I knew I’d find so much‌—‍too much‌—‍I could improve. In the last two years, just through the process of writing more and working at my craft, I’ve grown as a writer.

I could go back and make that first book better, but then I’d be tempted to ‘fix’ the others as well. But how productive would that be? If I kept these files to myself, tinkering away until they were perfect, they’d never see the light of day.

And I’m not sure that readers want ‘perfect’ anyway. They want a good story. They want a bit of escapism. Just look at how well certain ‘poorly written’ books do.

So far more sensible to write the best book I can at the moment, put it out for anyone who wants to read it, and then concentrate on the next one. That one won’t be perfect, but it will be a step closer. And in the meantime, there are readers who will enjoy these books.

The best way to improve as a writer is to write.